Home Editorial The Arcade Era: Is The Magic Really Over?

The Arcade Era: Is The Magic Really Over?

You pass the doorway and it’s like you’ve stepped into a different world from the one you’re used to, people hunched over mechanical machines in dimly-lit corners as they insert tokens into its slot to be greeted by 2-bit animated sprites and retro soundtracks that remind you of a simpler time.

For many of us of this generation, arcades are a limbo of both old and new, a combination of analogue love and technology that has given birth to such a classic and iconic gaming medium. It is a concept so deeply enmeshed into pop culture that even if we aren’t familiar with it in real life, we still find it so recognisable through the media’s romanticisation of nostalgia. However, in essence, what are they really? Are arcades merely a confined space in which we play classic titles in ‘dimly-lit corners’, or are they representational of gaming as a whole? Can we truly say that analogue games like pinball and the original Street Fighter are rapidly becoming obsolete when they are so many remakes of these games in different mediums? What does the future have in store for this beloved childhood space?

I’m here to dig deep down into finding out the answers to some of these questions.

While it’s been argued countless times that video games’ popularity is what triggered arcades sharp decline in the 90s, it is video games that have enabled arcade games to reach the broader masses. For example, classic games like Donkey Kong and Atari’s Pong are those that are still considered family favourites and labelled as endlessly replayable. It’s no wonder that reboots and remakes are now an ongoing trend with pop culture: if it’s not broken then don’t fix it, right?

It cannot be argued that even back in its heydays, reinterpretation amongst games has always been a norm, paying homage to our childhood memories and creating something new that can be enjoyed by future generations to come. Therefore, video games have actually helped sustain this culture of nostalgia that shines a new light back on arcade games and their timelessness.

Modernisation is a tricky thing to talk about regarding this topic. This is because it’s a double-edged sword for both arcades and the gaming industry, allowing us to create better machines and consoles by the year while simultaneously challenging the creative minds behind some of our favourite titles to keep coming up with more original stories with each iteration. There’s constant pressure behind the success of each title game and its predecessors, which means that so many ongoing series face the dilemma of falling flat on gamers’ expectations in aspects of story-telling rather than gameplay. While remakes and reboots are certainly popular, they only do so much to bring old players back into replaying what is already familiar and dear to them.

However, this doesn’t mean that technology has only been responsible for ushering in the death of arcades and analogue games. In fact, the rise of VR has provided new opportunities, incorporating a mechanical feel with VR immersion to create a whole new experience for old and new players alike. Rolling out this technology on a large scale is still unrealistic currently due to its high costs but with future developments down the line, there is certainly plenty of potential to bring back interests or even allow players to be able to experience the arcade scene in the comforts of their own home.

Arcades also provide a great form of socialising with family and friends, especially for those who cannot invest in their own consoles and PCs. Furthermore, arcade games are bulky and require a steep maintenance cost, which just makes it easier to visit an arcade to try out arcade-exclusive titles and experience the game as it was originally intended to be played.

In fact, arcade joints are being seen as more than gaming hubs now; they’re about socialising and building a community. For example, many shop owners have embraced the ‘barcade’ concept to cater towards a continuously ageing crowd—merging food and boozy beverages to accompany your arcade gaming experience. This semi-casual environment has actually been a great way for allowing professional and casual players (kids and adults alike) to intermingle. 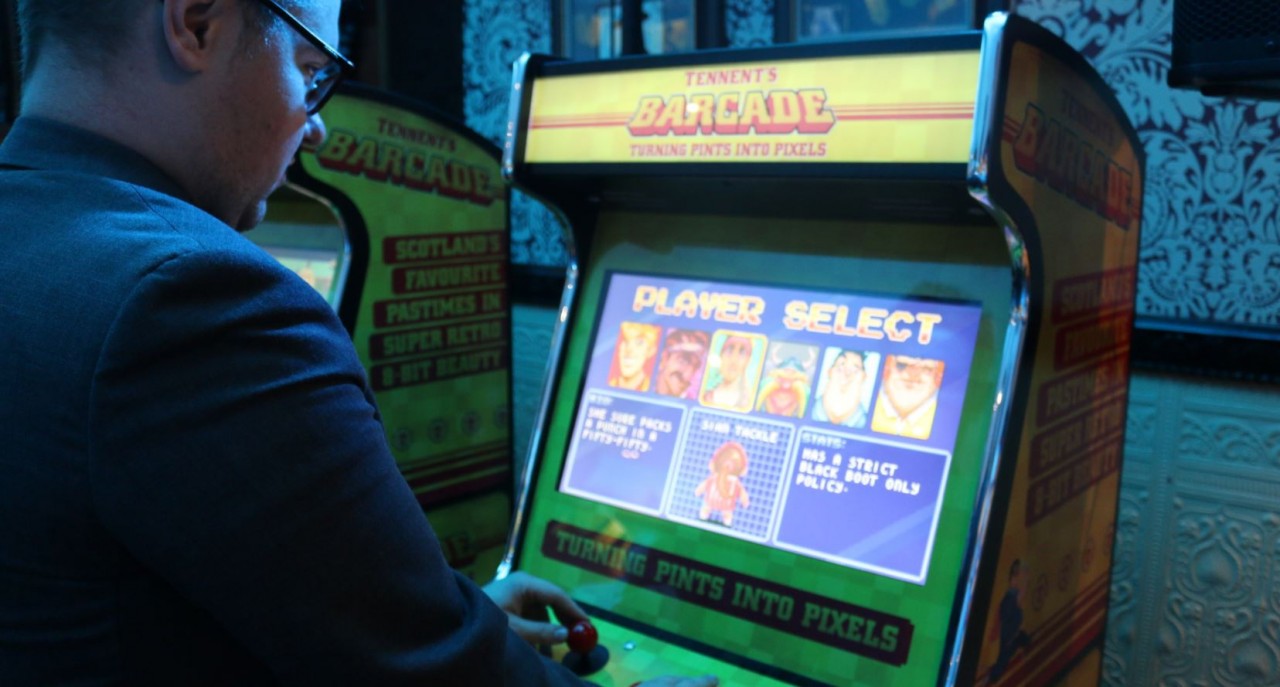 Barcades have also given leeway to arcade owners to venture into their own creative endeavours to entice customers, which includes the novelty idea of craft beer and game pairings—bars will provide you with a specific craft beer that is catered to the taste of your favourite arcade game to enhance the experience. It’s certainly a great way to encourage customers to try new things while keeping the experience fresh whether you’re there for the drinks, the games, or both.

Of course, there will always be events hosted for the more competitive crowd as people will always want to become better at the game without a doubt. However, arcades have also become a place for family fun and just a good place to hang out for most crowds on a Friday or weekend night.

Although arcades and arcade games were made popular in America, this medium actually continues to thrive in the Asian market despite the decline of its Western counterpart. Birthing a long-standing line of fighting genre titles like Tekken, Street Fighters, King of Fighters, Guilty Gear, and more, the arcade scene in Japan has never been healthier. I would even go to say that Maimai, the popular Japanese rhythm arcade game that released in 2012, has garnered a surprising amount of interest amongst Asian teens and young adults even to this day. Just shy of the beginning of 2020 when the COVID situation was still riffed with speculation, the lines queuing up for your own turn to play on the Maimai machines was nothing short of ridiculous.

While the general future for arcade games is still foggy despite promising prospects—the revival of vinyl, the growing eSports scene, Asia’s expanding arcade market—I believe the most important thing about arcade games (or just games in general) is that it has enabled us to break social boundaries despite its limitation and should not be overlooked even with its stereotypes. As long as the gaming industry as a whole continues to thrive, I am certain that arcade games will still be around the corner for decades to come.

What To Read Next

Tired of staying in? Here’s how your home can be your barcade!

Find us on our social media account for the latest drops and installations updates.
We love to connect with you here too.

Connect With Us
Stunning photo of the Initial D Arcade Stage 8 adv
How much have you spent on this growing up? Undisp
A quick trailer of the latest Stern Godzilla Pinba
The King is here! Check out the latest cornerstone
The King of the Monsters has finally arrived. Stay
We were approached by the lovely family of Andrew
Watch us defeat the Mudhorn! #TheMensCave #MensC
Did you know that your vinyl and CD collection can
#ThrowbackThursday This classic #InitialD racing m
Tired of losing at foosball? We're here to share s
Deadpool says "Welcome to my pinball game!" Anyo
Introducing a cheeky new sport that allows social
Are you feeling inspired to become the next Olympi
Try the new hyped up sport, the new ping pong and
This full leather wrapped Berluti Bonzini Foosball
Load More... Follow on Instagram

All your entertainment needs in one place! We suss out only the best and premium quality products for our customers. Head down to our very own showroom today to have a feel of this phenomenal experience!

Join for Free and Get Exclusive Perks, Birthday Vouchers & more!

Dining Pool Tables: Personalising Your House Into A Home

What Does The Millennial Workforce Really Want?