Home Editorial The Revival of Vinyl Culture: The Perfect Combination of Nostalgia and Technology

The Revival of Vinyl Culture: The Perfect Combination of Nostalgia and Technology

When you were younger, were you ever fascinated by vinyl or just 80s and 90s pop culture? Did you ever watch your grandparents put down their favourite record on their trusty old turntable so that they could tell you stories about the prime days of their youth? I’m sure that all of us have had—or still have—an interest in 20th-century pop culture. The economy still had its ups and downs, much like today, but the culture and arts scene was booming with opportunities everywhere.

Today, everybody is obsessed with throwbacks to that iconic culture—polaroid cameras, music culture, fashion, and even a blast to the past with both classic TV show remakes and new ones set in the 80s and 90s. The signs are endless, even amongst Gen Z and Millennials, that newer isn’t necessarily better. In fact, even ‘outdated’ music media like vinyl have started to come back over the past few years, worming into the lives of our younger generations with surprising tenacity and hold.

Vinyl records, which were more accurately known as gramophone records in the past, were created in 1867 by Emile Berliner from Edouard-Leon Scott’s invention of the Phonautograph—a vibrating pen that would represent sound waves through a graph onto small paper discs. Despite that, vinyl records were not actually “heard” by people until 1878 when Thomas Edison created what was considered the first version of the vinyl record player, which was the phonograph—the first version and inspiration for all the turntables and jukeboxes that exist today.

OK, but what’s so cool about it?

Recently, there has been a growing interest towards vinyl records in Europe and Asia, signalling the revival of vinyl culture across the globe. What’s fascinating to see is that even our local Asian artists have also managed to reap the benefits of this phenomenon, receiving sudden recognition within the vinyl music scene. For example, Indonesian artist Fariz FM—short for Fariz Rustam Munaf—has been basking in newfound fame from contemporary remixes of his songs in clubbing scenes all around the world through recent vinyl reissues (think of it as a vinyl version for repackaged albums) of his iconic songs.

Reissues have also breathed new life into the vinyl scene, giving both collectors and listeners a wider range of genre options to choose from that span from the classic Beatles to pop artists like Katy Perry and Lady Gaga.

As such, it’s not far-fetched to say that vinyl’s growing popularity has been important in giving back fame to classic local icons and forgotten artists considered niche during their heydays that goes beyond encouraging plenty of more international and popular contemporary artists to release LP (long playing) vinyl records of their newest albums. Perhaps this is a sign that there might even come a time when local Southeast Asian artists become big on the international market? It’s something that one can hope for.

Still… You might be wondering whether all this is true and I don’t blame you. The question is warranted. CDs and digital albums still hold the largest number in music sales per year and are far more accessible than vinyl that has been around for more than a century. However, the stats don’t lie.

Vinyl sales have had a sharp increase over recent years, with almost a 50% increase in sales year-on-year since everybody went into lockdown during last year’s pandemic. Seriously, the vinyl revival has already actually outlasted the boom and bust of the Apple iPod in the early 2000s! 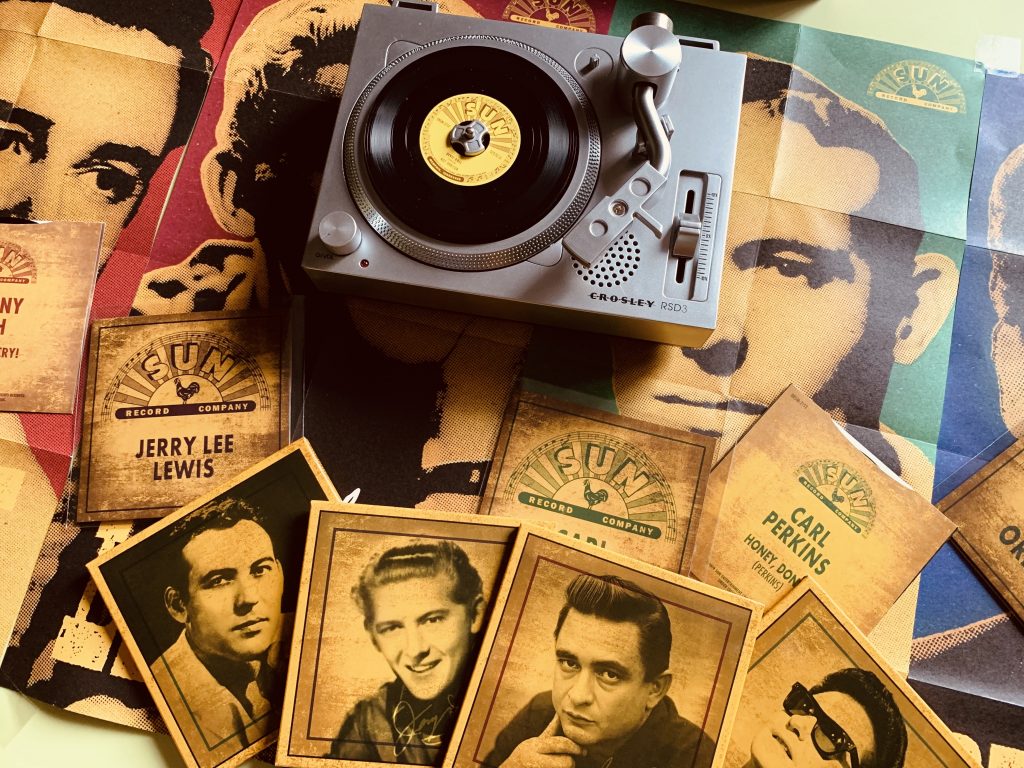 But why the sudden interest?

Everyone has their own reasons for going back to vinyl. Most believe that it is because vinyl records hold intangible significance beyond being a ‘collector’s item’. Avid music listeners are interested in vinyl due to its nostalgic factor and the tactile experience you can obtain from listening to vinyl records on either a jukebox or gramophone. A lot of us are also not fully satisfied with digitalised music despite the instant accessibility of online music streaming apps like Spotify and YouTube Music. We’re all victims to the desire of physical comforts that engage with our five senses, especially in a time where many of us are stuck in self-isolation and unable to visit our friends and family.

There is also the current obsession amongst the millennial generation when it comes to nostalgia. With many TV series and movies like WandaVision, Stranger Things, and Wonder Woman 1984 that highlight and reference popular culture in the mid to late 90s, the effects of nostalgia have been studied and said to provide people with the concept of making them feel more human, and I can’t help but agree. It is these nostalgic reminders that allow one to decompress and just find a moment for themselves away from the digitalised world, removing us from the distraction of electronic gadgets and social media that is both a blessing and a curse in our current society.

The novelty of vinyl in modern society comes from its ability to provide you with a tactile experience compared to listening to a song on your phone or blasting it through your Bluetooth speakers. According to Dominik Bartmanski, a sociologist at the Technical University of Berlin and the author of Vinyl: The Analogue Record in the Digital Age, vinyl records are considered a “better ‘ritualistic’ medium” because “certain experiences are neither downloadable nor possible to save on a hard drive.”

It’s true that the act of listening and playing vinyl records is an experience that requires you to engage in the act itself: touching the records and placing them on the turntable before putting down the tonearm to play the music, fiddling with the different RPMs that follow the record’s size. It makes the moment something personal for the individual and even amongst those who might be listening as a group. This is why many young adults still choose to invest the extra bucks into vinyl for albums that are considered personal favourites, providing an added warmth to the sensory medium.

Vinyl records are popular because they have a function beyond being just like any other music format. They’re a medium that’s designed to encapsulate the experience of actually engaging with the music you’re listening to. That’s important because music is a form of art, an accessible commodity that has inadvertently become an intangible part of people’s life by further enriching our quality of life. The very act of listening to vinyl is a physical experience that allows you to understand the artist, giving you a deeper appreciation of their music. I’m pretty sure that many of us can’t imagine living in a universe where music and its many forms—digital and those in nature—don’t exist. It’s these combinations of factors that make vinyl’s revival more than just some random fluke or a passing phase. This classic and iconic item of pop culture has finally risen from the dead and is back to stay.

What To Read Next

Jukebox History: A Walk Through Time

How Singaporeans Can Revive Their Vinyl/CD Collection

Owning A Piece Of History: Why Are Jukeboxes So Hot In The Collector Market?

Find us on our social media account for the latest drops and installations updates.
We love to connect with you here too.

Connect With Us
Stunning photo of the Initial D Arcade Stage 8 adv
How much have you spent on this growing up? Undisp
A quick trailer of the latest Stern Godzilla Pinba
The King is here! Check out the latest cornerstone
The King of the Monsters has finally arrived. Stay
We were approached by the lovely family of Andrew
Watch us defeat the Mudhorn! #TheMensCave #MensC
Did you know that your vinyl and CD collection can
#ThrowbackThursday This classic #InitialD racing m
Tired of losing at foosball? We're here to share s
Deadpool says "Welcome to my pinball game!" Anyo
Introducing a cheeky new sport that allows social
Are you feeling inspired to become the next Olympi
Try the new hyped up sport, the new ping pong and
This full leather wrapped Berluti Bonzini Foosball
Load More... Follow on Instagram

All your entertainment needs in one place! We suss out only the best and premium quality products for our customers. Head down to our very own showroom today to have a feel of this phenomenal experience!

Join for Free and Get Exclusive Perks, Birthday Vouchers & more!

Dining Pool Tables: Personalising Your House Into A Home

What Does The Millennial Workforce Really Want?